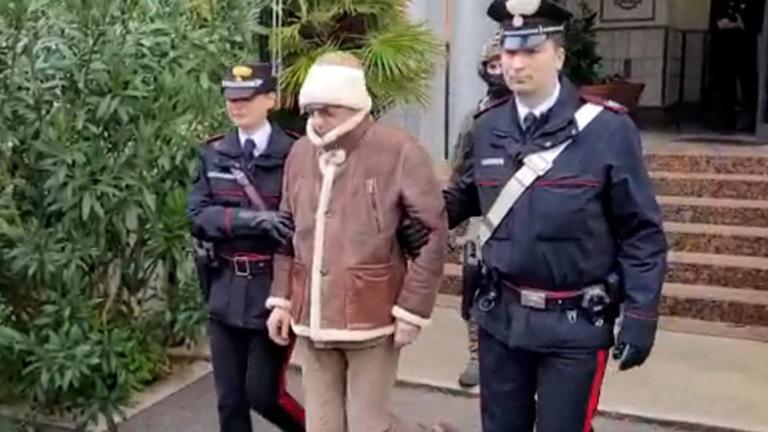 Yesterday, we reported that one of Europe's most wanted men, Matteo Messina Denaro, had been arrested in Palermo in Sicily, Italy. A notorious Italian mafia boss, Denaro has evaded arrest for 30 years somehow.

But wait, who even is this guy?

Well, Denaro has a reputation as an assassin for the Italian Cosa Nostra Mafia. He's also known as the head of this mafia in Sicily. His nickname, "Diabolik," comes from an Italian comic character, but this guy isn't that comical.

While it can't be confirmed entirely, he's allegedly bragged, "With the people I have killed myself, I could fill a cemetery."

Authorities linked him to dozens of murders in the 90s, including the kidnapping and strangling of a 12-year-old boy whose body was dissolved in acid. He also is accused of strangling a pregnant woman, linked with the murders of Italy's two leading anti-mafia prosecutors and bombings in Milan, Rome and Florence.

A noted protege of Totò Riina, leader of the Corleone clan, Denaro vanished after Riina's arrest in 1993. Since then, he's reportedly been seen all over the world, from Venezuela to the Netherlands. Some people even say he had plastic surgery on his face to avoid getting nabbed.

So, how was he finally caught?

Denaro was literally just walking over to a cafe outside of a private medical clinic in Palermo when cops approached him and asked him his name. According to the police, he replied, "You know who I am. I am Matteo Messina Denaro.”

The clinic is known for treating cancer patients, and Denaro was booked for a chemotherapy session under an alias when he was caught.

"It took so long to arrest him because, as it happened with other Mafia bosses, he was protected by a very dense network of complicities, deeply-rooted and extremely powerful in Sicily and beyond," Italian journalist Andrea Purgatori explained to the BBC.

After catching him, Palermo's chief Prosecutor, Maurizio De Lucia, said, "Until this morning, we didn't even know what face he had."

Over the past few years, spam accounts on social media used to influence elections have (alarmingly) become the norm. When it comes to American elections, this phenomenon seems to repeat itself again and again. Back in 2014, Russia developed a so-called “troll farm" to spread false and offensive messages on
The company is looking to go public in the near future following the recent release of its initial public offering. * DiDi is a popular ride sharing company in China that offers more than just taxi services in order to stay competitive in the country. * The company is looking to go
Whether it’s Coca-Cola or Delta Air Lines, businesses are speaking up over social and political issues – with the support of many Americans. What does this have to do with Coca-Cola or Delta Air Lines? * Coca-Cola and Delta Air Lines are two companies that have recently spoken out over the